The (off) Road to Paris Recce: Part 2

Back in June, Hotchillee’s events team and recent gravel converts Jane and Charlotte, rode Stage 1 of the 2022 LONDON-PARIS by Tour de France gravel route from Hampton Court to Newhaven.

That ride was mostly on familiar UK trails but, for Stages 2 and 3 on the French side of the Channel, it was going to more of an adventure into the gravel unknown.

So, for this tour mystère magique, Hotchillee Ride Captains Jack and Ian were dispatched to Dieppe.

We spoke to Ian post-ride to get his thoughts on the route: 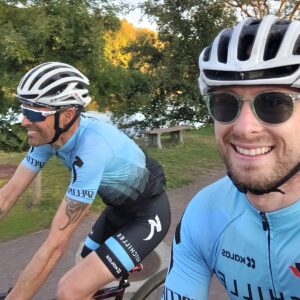 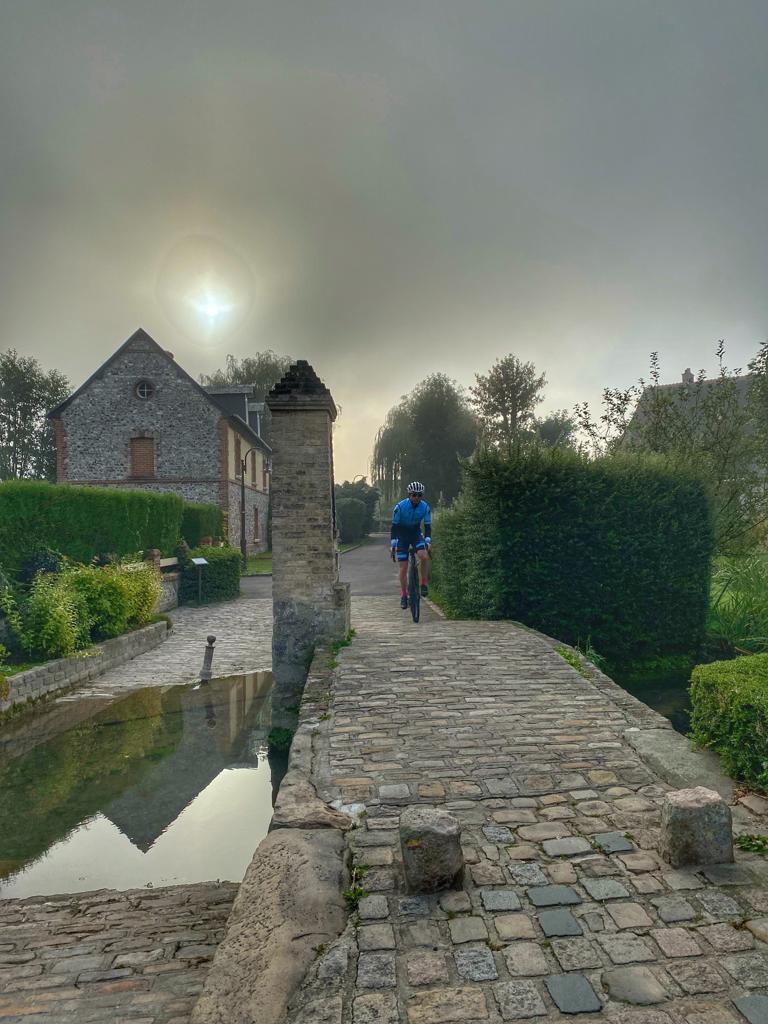 You’ve ridden multiple London to Paris rides on the road, what were your initial thoughts when you heard there would be a gravel option in 2022?

I love riding gravel and part of me was really excited about the prospect of an off-road option but I was also a bit hesitant about whether suitable trails existed in Northern France. I thought it might end up on quiet France lanes rather than trails – pleasant but not really what we had in mind.

However, having now ridden Stages 2 and 3, my worries were totally unfounded, at least 80% of the route is off-road and I’m now gutted that in July next year I’ll be on duty on the route road as this option will be a blast.

Stunning and lumpy! We left Dieppe and, within a few kilometres, we were off road and heading deep into rural France. From then on it was just one sleepy village after another as the trail constantly undulated its way almost due south. You’re constantly climbing and descending but nothing overly technical and conditions under tyre, despite there having been rain, were good.

With just under 80km ridden, we skirted Rouen and then, after one more testing climb, descended down to the river Seine and our finish in Val de Ruil. Stats for the day were 112km/1440m.

More of the same on Stage 3?

No, completely different. For the first 40km, apart from a couple of lumpy minor diversions, you’re hugging the Seine. It’s fast and flat gravel that’s very similar to riding the Thames path. Don’t be lulled into a false sense of security though as this route definitely has a sting in the tail! The next 45km to Menucourt – where you’ll rendezvous with the road riders for the 50km celebratory roll-in to Paris, is constant series of leg stinging climbs. Don’t be deceived by the relatively tame stats of 85km/950m as most of that climbing is packed into the second half.

Any tweaks planned from the recce?

There were a couple of sections that were a bit too much on the MTB side of off-road riding that we’ll be re-routing – but that’s why we do recces and we’ll be doing at least one more before finalising the route for July.

We’ll probably also take advantage of the flat finish to Stage 2 and start to Stage 3 to extend Stage 2 a bit to make timings a bit less tight in Paris.

Okay, how tough is it technically and physically?

I’m no off-road Jedi and, although I did a bit of mountain biking back in the day, I don’t like to be too technically challenged on my gravel bike. This route, especially once we’ve made a couple of tweaks, doesn’t have any white knuckle moments. You definitely don’t need to be a gravel veteran. 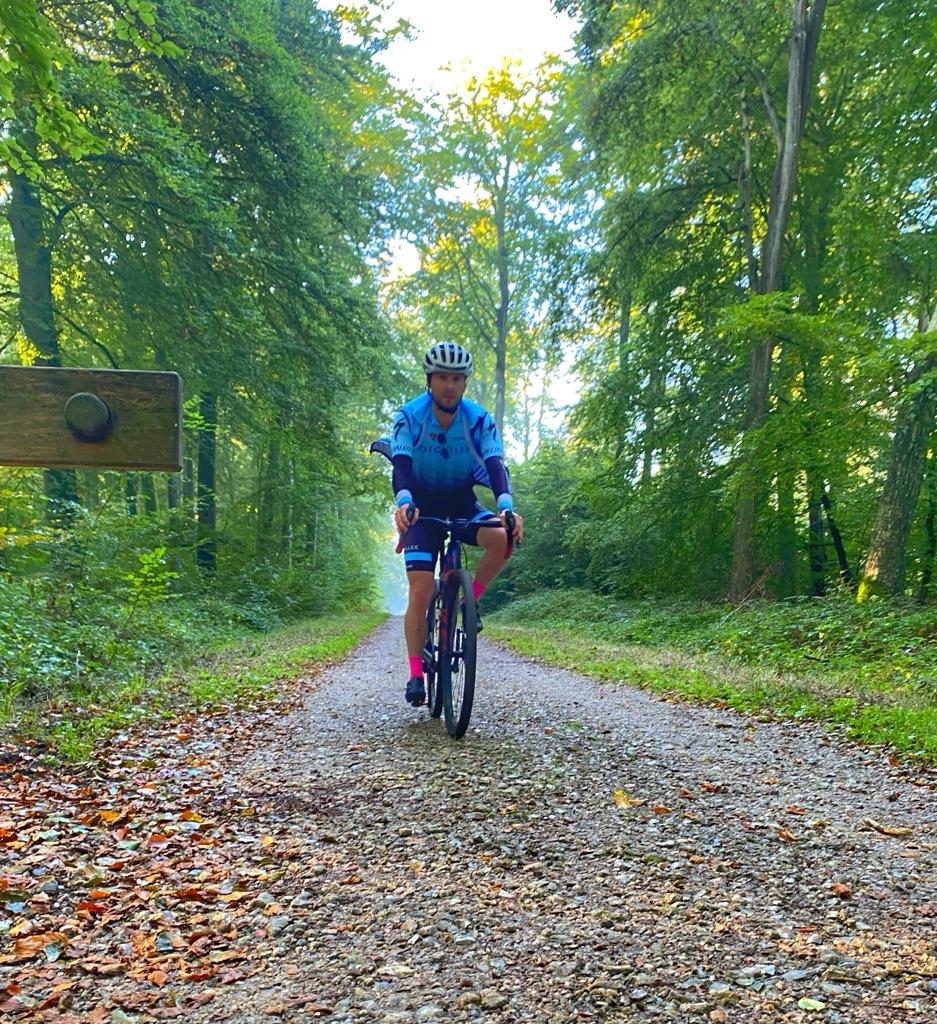 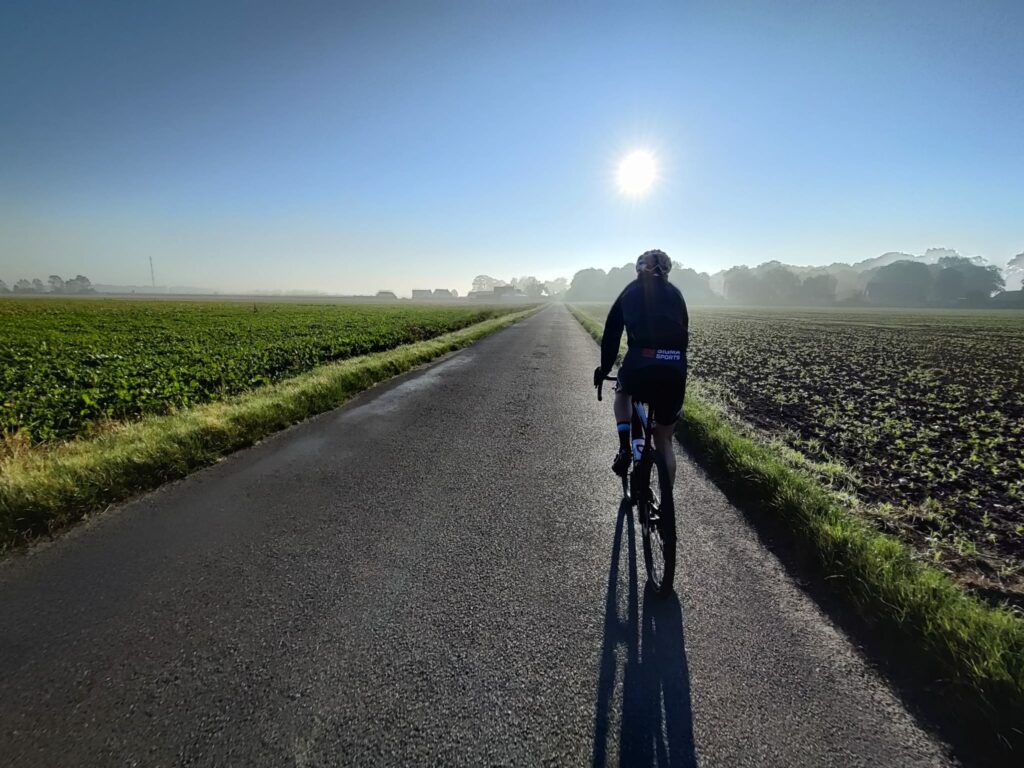 Physically though, it is tough and, especially with Stage 1 already in your legs, you’re going to need decent fitness to enjoy it.

Even though it’d been wet in the lead up to our recce, there were very few genuinely muddy sections. Hopefully in July, it’ll be drier and so I’d definitely be going for something fast rolling.

There are some rocky bits though and not a lot of tarmac so I’d recommend a minimum tyre width of 38mm and definitely set-up tubeless to minimise the risk of pinch flats. Something like a Specialized TrailFinder, Schwalbe G-One All-Round or Panaracer GravelKing SK would be ideal.

Entries are limited and start from £1450. More info here.

The LONDON-PARIS by Tour de France 2022 road route has sold out. Join the waiting list to be contacted when cancelled places become available.