LONDON-PARIS Stories – How the race was won: Science in Sport

For the majority of riders who join the Hotchillee LONDON-PARIS, covering the distance in three days is a big enough challenge. However, at the sharp end, there’s racing to be done and jerseys to be won. We talk to Matt Bundy of Science in Sport, a member of their all-conquering team in 2019, and find out what it takes to win the race.

How and when did you guys decide to target the team competition on the Hotchillee LONDON-PARIS ride?

We’ve had a relationship with Hotchillee and the LONDON-PARIS for a number of years and, after a few years break from the event, we came back to ride it in 2018. As we’re a rapidly growing company, for me, and the majority of our riders, it was our first experience of the event and definitely a learning experience.

We had a very experienced and strong rider in our Italian office, he took a number of us younger guys under his wing and we rode in Group 1. We tried to compete for everything, had an amazing time doing so but won nothing! This really motivated us to come back in 2019, put a bit more thought into it and target winning a few of the competitions. 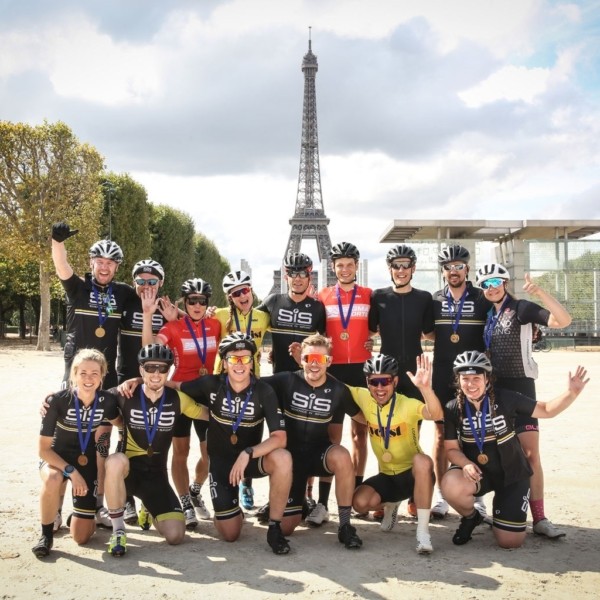 How did you select your team?

There was a bit of good natured competition but we were really lucky to be bolstered by some of our ambassadors. This not only helped to maximise the reach of the event for us as a brand but they were really strong riders too! So we ended up with six riders in Group 1- three from our office and three ambassadors and then it was just a case of seeing who the strongest four were for our tilt at the GC team competition.

I was lucky enough to just about make the cut into our team of four but, with three really strong riders, my role was to hang on, support them and just be there in case of a puncture or any other problem.

How did it go?

Well, along with winning the team GC, between us we cleaned up and won both the individual GC’s and the KOM/ QOM. I think our two strongest riders came to a gentleman’s agreement, as is often the way in cycling, and, rather than battling each other, one took the GC and one the KOM.

So it’s teams of four riders but how does the team GC competition work?

It’s pretty simple – there’s a designated 3-6km GC section, along with a Sprint and KOM, each day and, of your team of four, the times of your fastest three riders are combined, totted up across the three days and that’s it.

What’s it like and how does it work when you’re rolling in towards one of the race sections?

Along with the excellent communications from and leadership of the group by the HotChillee Ride Captains, just like a pro race, you’re supplied with a detailed road book and there’s clear signage – so you always know exactly what’s coming up and when. On the road the majority of the time it’s really social but you can always sense when there’s a race section coming up as the chatting stops and things start to get a bit more serious.

What were your tactics on the road?

Having sat down the evening before with the road book, we’d have a bit of a plan but it’s more about being alert and reactive. You soon clock the other serious teams and who your rivals are but it’s all done with a smile on everyone’s faces. We quickly realised that there was one other ream who’d be pushing us and then it was a case of marking them.

The key moment in our race was on Day 2 when we were in a group of seven, our full four and three of their’s. I was behind their third rider, she left a bit of a gap and rather than following and dragging her back up, I was able to sit on and watch our win ride away up the road!

When did your preparation and training begin and what did it consist of?

It really began during the ride in 2018 as the race unfolded! The guy I previously mentioned from our Italian office, although super strong, was very much a diesel engine. He wasn’t able to do the sudden high intensity efforts that the racing format demands and pointed out to us that to challenge the next year we’d have to work on this in training.

So, on top of a decent base so that we’d be able to cover the distances each day and recover, we did hill rep sessions on Swains Lane and hard efforts on the 1-mile close circuit at the Olympic Velopark. We even took advantage of an altitude chamber down the road from the office and did some HIIT spin workout in it – that does make us sound as though we took things far too seriously!

What was it like rolling into Paris with the win in the bag?

Really special, especially as we’d won nothing the year before. Riding around the Arc de Triomphe with the traffic held up is something that every cyclist should experience. The after-party was amazing and we definitely celebrated as, with every jersey we’d won, we also got a bottle of champagne!

Without revealing all of your winning secrets, any tips for aspiring teams?

The racing is really tight and the final standings will probably be determined by just a handful of seconds. Over the course of the three days you’re only racing for maybe 40 minutes and so you have to be really reactive and go with any move. Definitely make sure you include high intensity work in your training and, most importantly, find yourself some strong teammates!

What did winning the Hotchillee LONDON-PARIS do for SiS as a company?

It’s done wonders for the culture in our office, it’s our main focus for the year and we love it.

Of even more benefit arguably than winning the race though were the rest of our sixteen riders who completed the LONDON-PARIS across all of the groups. There were complete cycling novices and it gave them an amazing opportunity to fall in love with cycling and to spend invaluable time with our core customers – the other riders tackling the HotChillee LONDON-PARIS. 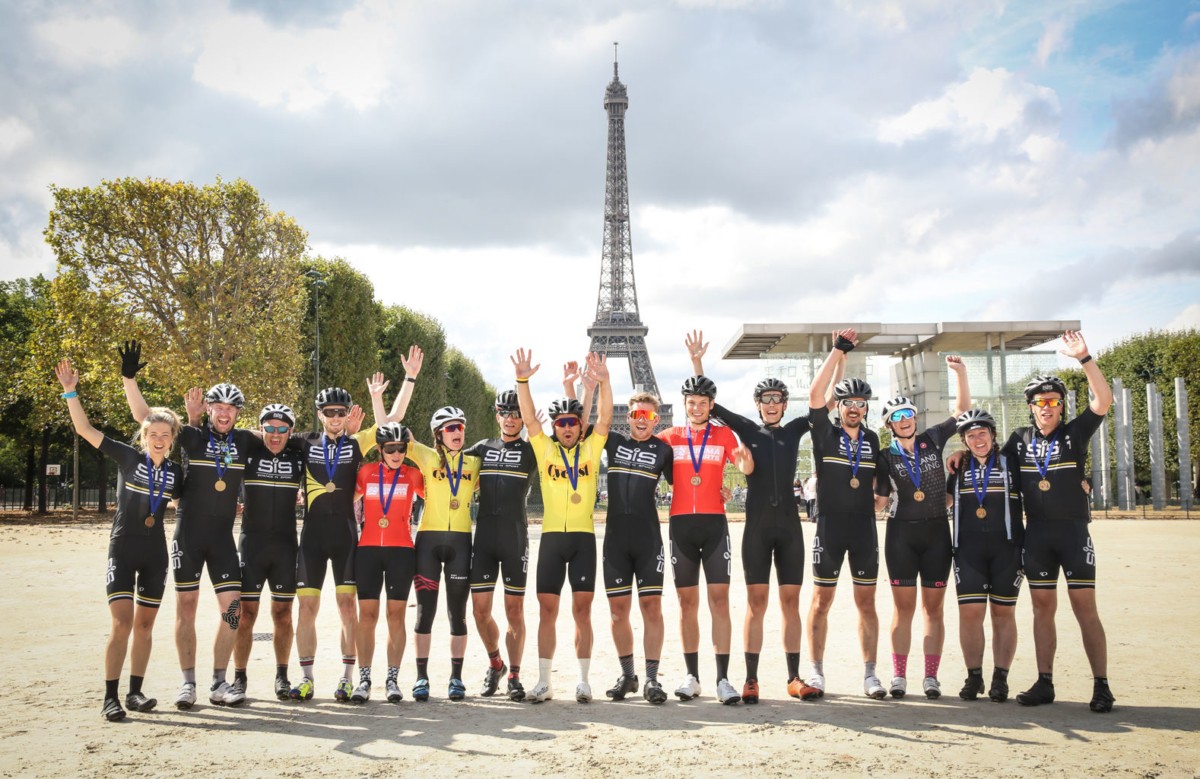