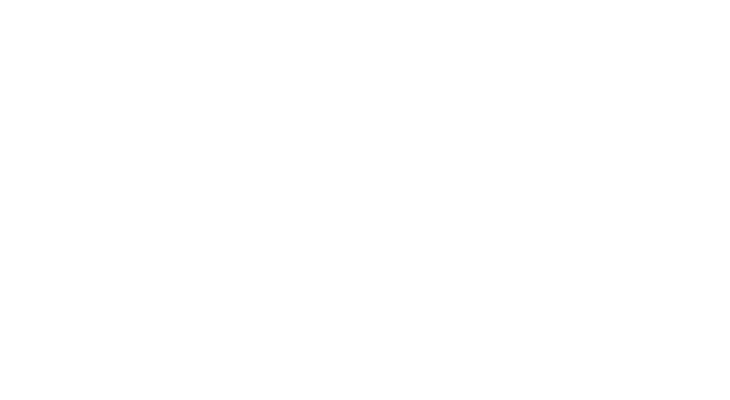 Calling all Mountain Goats (and anyone who likes stunning roads, award winning food and great company). Join us for the Hill Climb Champs Weekender and ride some of the Peak District’s most iconic climbs.

Saturday’s route includes three National Hill Climb Championship summits including Long Hill, the legendary Cat and Fiddle and the infamous Winnats Pass, as well as the option of riding the UK’s steepest road.

Once your legs have been well and truly tested on Saturday, war stories told and spot prizes awarded over dinner, Sunday’s more leisurely spin will be to watch the UK’s top climbers do battle on Winnats Pass at the National Hill Climb Championships 2021.

*This is based on 1 being a beginner and 5 being an expert.

*This is based on 1 being a beginner and 5 benig an expert.

SPEAK TO OUR TEAM

If you have any questions or just need some advice why not book a call with one of our team members.

Request a call back

The accolade of the UK’s steepest road has now been claimed by the Peak District with the recent surfacing of Bamford Clough so there’s no way we couldn’t re-tweak our route for the Saturday ride to give you mountain goats a crack at it.

So this means, along with hitting three National Hill Climb summits including Long Hill, the Cat and Fiddle and this year’s iconic Winnats Pass you’ll also bag this newly created must-do climb. You’ll log over 2000m of climbing in the 108km route but, if you don’t think you’ve got the legs, lungs and gears for a 35%+ wall, there’s a bail-out option which only loses you 5km and 210m.

GPX files of the route will be shared with registered riders.

There will be a couple of options for Sunday depending on how your legs are feeling. Both routes will take you back to the bottom of Winnatts to soak up the atmosphere of the National Hill Climb Champs, neither are flat but the longer one has a few real stingers in it. It’s then 12km back to the Old Hall Inn before heading home.

GPX files of the route will be shared with registered riders.

Open to Premium members only

If you are not a Premium Member, join the gang!

Don’t overindulge too much with your award winning Old Hall breakfast as it’s uphill from the off on today’s ride that ticks off three National Hill Climb Championship climbs. Leaving the village of Whitehough, we head up and over Eccles Pike before dropping into the outskirts of Whaley Bridge and onto Championship Climb number one, Long Hill, which was used in 2011.

Only averaging 3.2% and with no steep sections it’s Long Hill’s length at 7.5km and unpredictable winds that makes it a challenge. Ian Stannard holds the KOM with 12:57 which took an average of 503W.

It’s then a blisteringly fast descent down to Erwood reservoir and then another long and gradual climb up one of the areas prettiest roads to Derbyshire Bridge. We then head over Axe Edge Moor before riding through the village of Flash – which is the highest village in England.

More descending takes us to the edge of Macclesfield Forest and the twisting lanes of Wildboarclough. We then climb again, having passed the Forest Gin distillery, and out onto Championship Climb number two, The Cat and Fiddle, used in 2002 and featuring in the Tour of Britain in 2016 – Ian Stannard winning again on his local roads. We’re joining this climb halfway up but this still gives you the most exposed and spectacular upper sections and avoids having to ride through the centre of Macclesfield. Don’t worry though, you’re not missing out on any ascent and will actually be climbing on some steeper and more challenging roads.

The climb tops out at the Cat and Fiddle Inn which was the second highest pub in England but is now a café, shop and whisky distillery owned by Forest Gin. This is the halfway point of the ride and you’ll have a chance to fill your bottles and grab a snack here.

It’s then a fast blast down into Buxton, through the town and into the limestone dales of the White Peak. Climbing out of Miller’s Dale, although short, is one of the steepest ramps of the day at 25%.

We then head to Tideswell, followed by an undulating section of the ride that slowly gains height before a steep descent into Castleton and the ride’s crux – Winnats Pass. Hopefully you’ll have saved something in your legs as this climb, which’ll be raced up by the UK’s top climbers the following day, is a brute. It’s only 950m long (cattle grid to cattle grid) but averaging out at 12.9%, ramping up to 20% and a guaranteed headwind at the top, just keeping the pedals turning can be a mission.  The Strava KOM is 3:27 by 2020 Hill Climb champ Andrew Feather but, if the wind’s right, expect to see that topple.

We then carry on up onto Rushup Edge before a largely downhill 10km run-in back to the Old Hall for a well deserved beverage.

We have rooms reserved at The Old Hall Inn and adjoining Paper Mill Inn. These are available on a first-come, first-served basis and can be booked directly with Dan by calling 07595 514466. Please make sure you mention Hotchillee when booking.

Is the route signed?

No, you will need to upload the route to your navigation device before the event. If you do not have a device you can ride with one of the Hotchillee Ride Captains or local guides.

Do I need a GPS device?

No, but we recommend it if you do not want to ride with one of the supported groups.

What is the event format?

Riders with GPS navigation units will be able to download the route ahead of time. However, there will be local ride leaders and Hotchillee Ride Captains each with a group of 10 riders.

Ride Captains will be on hand to help with light mechanical support however each rider will need to carry spares and tools necessary to deal with punctures and mechanicals.

We will have a dedicated support vehicle en route for riders needing to be picked up for any reason.

What are the Entry Requirements?

You must be 18 years or older on 31 July 2021 to enter.
The event is not technical. A good level of fitness is recomended. If you are in doubt as to your fitness then we recommend you have a medical check-up before registering.

How do I get there?

The rides start and finish at The Old Hall, Chinley. There is parking available, or the closest station is Buxton.

What bike should I ride?

We’d also strongly recommend trying to get as close to a 1:1 bottom gear ratio as you can – you’re not in Surrey any more! Unpredictable winds on high moorland roads make leaving the deep sections at home a wise call and, with rural road surfaces, 28mm tyres are also a must.

Do I need insurance?

Is there any racing?

No, this is all about the climbs, although where there are Strava sections things may get a little punchy.

Will there be mechanics on the course?

Hotchillee Ride Captains will be on the route to help with light mechanicals, but there is no dedicated mechanic on this one.

Are there water stops en route?

Yes, there will be a water stop with snacks each day.

Will there be a sweeper vehicle on the course?

There will be a car that is on hand to collect any riders with mechanical issues that can not be fixed on the road. Or need collecting for any other reasons.

What happens if Hotchillee cancel the event?

If Hotchillee cancels the event for any reason not listed in the conditions of sale, your entry fee is fully refundable.

If the event is postponed due to COVID-19, your entry will automatically be transferred to the new date. If you can’t make the new dates, you’ll receive a credit to use against any other Hotchillee multi-day or single day event. The credit expires on 1 July 2022. If you have not used the credit by the expiry date, you’ll receive a refund equal to the original booking amount.

The Old Hall has a cancellation policy of 48 hours. Please confirm this with Dan when booking.

What happens if I need to cancel my entry?

If for any reason you need to cancel your entry there are several options available:

SPEAK TO OUR TEAM

If you have any questions or just need some advice why not book a call with one of our team members.

Request a call back