As we roll off the start line and lead out the women’s peloton for the start of the Tour de France Femmes on 24th July, the magnitude of this event shouldn’t be underestimated. The history of a “Women’s Tour” goes back a surprisingly long way but has been one of false starts, complete hiatuses and arguably token gestures. 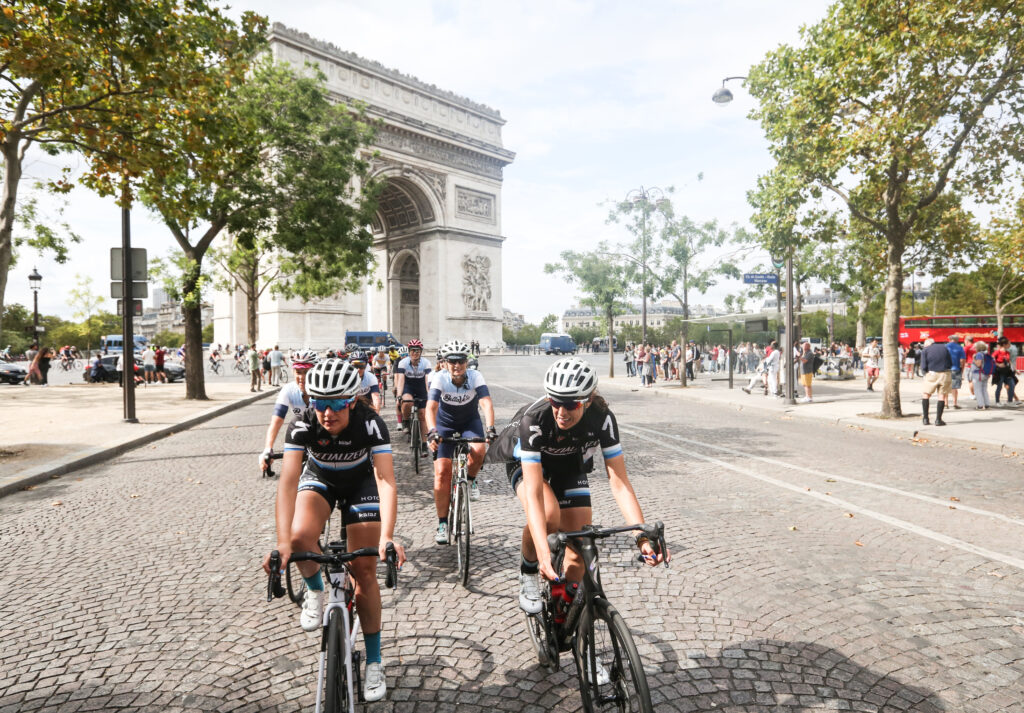 The first event was a one off race in 1955, was won by Manx rider Millie Robinson but this was followed by a 29 year gap until 1984 and the Tour de France Féminin. Through to 1989, this was run alongside the men’s race as a curtain racer that used the same start and finishing locations but with shorter stages. The 1984 event had 18 stages and covered 1059km but, in a pattern that was sadly to be repeated, by the last edition in 1989, this had dwindled to 11 stages and a prologue over 786km.

The connection with the men’s Tour was severed as the race became the Tour de la C.E.E. féminin through to 1993 and overlapped with another event, the Tour Cycliste Féminin, in 1992. The latter event became the Grande Boucle Féminine Internationale which ran through to 2009 with a gap in 2004. However, by the time Emma Pooley won the final running in 2009, it’d be compressed to a mere 306km over 4km leading her to label it “more of a Petite Boucle than Grande”.

Another hiatus followed but, thanks to campaigners such as Kathryn Bertine – if you haven’t seen her film Half the Road, watch it, in 2014 ASO launched La Course by Le Tour de France in 2014. This raced the iconic Champs-Élysées course preceding the arrival of the men’s race but, although subsequent editions did offer more challenging parcours, it stayed as a single stage race and really didn’t showcase the increasingly strong women’s peloton and its undeniably exciting and unpredictable racing.

More advocacy, such as a group of amateur riders, the InternationElles, riding all 3460km of the 2019 Tour, more major races, including Strade Bianche, Ronde Van Vlaaderen, Amstel Gold, Paris Roubaix, Flèche Wallonne and Liège-Bastogne-Liège, running women’s races and an increasing number of sponsors and big teams bolstering the cause, ASO announced in 2021 that the Tour de France Femmes – an eight day race, would take place in 2022.

With big issues such as pay disparity still to be tackled, the Tour de France Femmes is very much a starting point but, with ASO committed to making it a financially sustainable event that will still exist in 100 years, those first pedal strokes on 24th July will be incredibly significant ones.

LONDON-PARIS riders will ride the start of the TDF Femmes in an exclusive offer in collaboration with The Tour De France.

As Tour de France crowds gather and the roadside excitement builds, we’ll ride on the closed course from the start-line beneath the Eiffel Tower, past the Trocadero, along the Seine, past the Louvre and the Jardin des Tuileries, before peeling off at the foot of the Champs Élysées, where the women’s peloton will charge round for 12 laps on the iconic cobbles soon after.