The LONDON-PARIS 2022 starting line up

A year of firsts

350 riders will roll over the LONDON-PARIS 2022 start line this Thursday on their epic 3-day adventure to the Eiffel Tower, and the Tour de France finish on what is set to be a year of firsts.

In our first year officially partnering with the Tour de France we’ll see the: 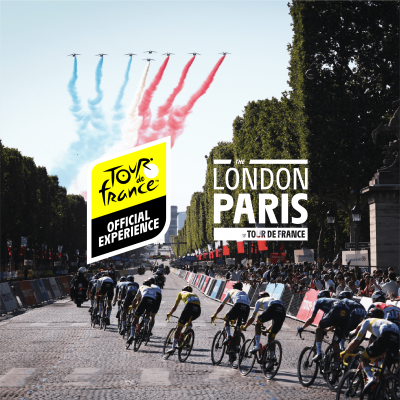 “Greet your fellow rider before they greet you”

Listing riders from 16 countries and 18% women the 2022 rider list includes those new to cycling, many raising funds for causes close to them, dedicated roadies competing in the Leader’s Jersey competition and gravel pioneers on our very first off road route. Marking 10 years since our first handcycling team completed we also have 5 hand cyclists taking part.

In 2012, Danny Turnbull, alongside two other hand cyclists, were the first to complete the LONDON-PARIS with the aim to prove what was possible after becoming paralysed following a spinal cord injury. This year, two of the hand cyclists who took part in the original team, Alan Cook and Luke Delahunty, will ride again, with Alan taking on the role of Hotchillee Ride Captain in Group 6. Claire Danson, former European Triathlon champion, will also become the first woman to handcycle the ride without a power assist. They will ride with a group of 36 and raise funds for Back Up in memory of Danny who died of cancer in 2017.

We’ll also be joined by a group of 40 riders from our official Charity partner Little Princess Trust, raising funds to provide wigs for children and young people who have lost their hair due to cancer treatment and funding vital children’s cancer research projects.

At Hotchillee our motto is “greet your fellow rider before they greet you”. It’s why so many of our riders refer to the Hotchillee family. You never know who you’ll ride up next to, or be joining at dinner from Eurosport commentators to world record holders, so be friendly, say hi, make new friends!