What happens you when you get home from a ride? We take a look at the ideal post-ride routine… vs what tends to end up happening!

Join a Hotchillee ride and our Ride Captains will get you back to the start in time but how long you then spend in the café reliving ride glories and what you do when you get home is down to you.

1230: Get home precisely on time having ridden solidly for three hours, had a pleasant café stop and in time for lunch.

1231: Give your bike a decent rinse, rub down and re-lube of the drivetrain before putting it away.

1241: Drink the protein shake you’d made before you headed out and left in fridge. 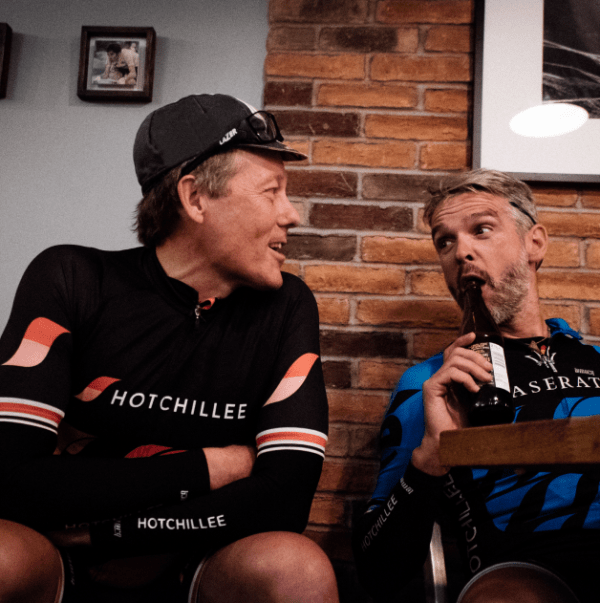 1242: Jump in the shower and put your kit on to wash.
1315: Work through your post-ride stretching and foam rolling routine.

1340: Get kit out of the washing machine and hang it to dry.

1401 onwards: Spend the rest of the day fulfilling your role as a functional human being, friend or family member 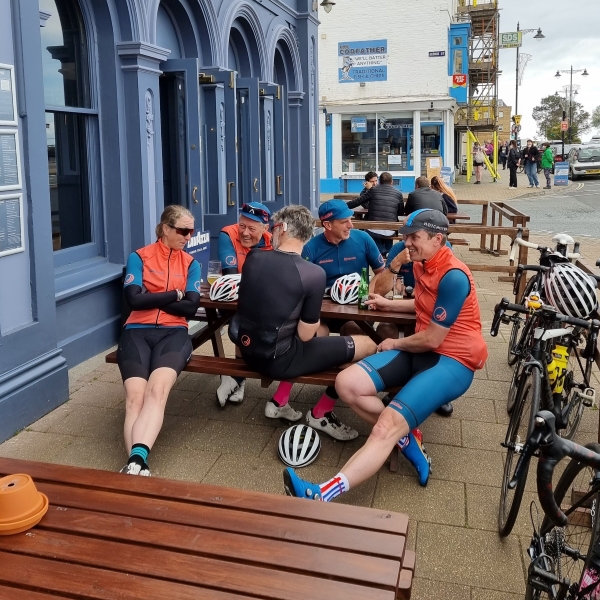 1400: Get home at least two hours late because:

b) Bill’s bike broke and Pete had four punctures.

c) It was so nice out we lost track of time.

1401: Throw bike in the shed covered in the accumulated detritus of this ride and several others before it.

1402: Stagger through the door in your cleats in a hypoglycaemic (maybe slightly inebriated if e) applies) state that combines delirium, grumpiness and extreme hunger. Obsessively start checking Strava.

1403: Still in dirty kit, dive into the fridge and, ignoring the protein shake you made up, eat every food item you can find. In between (and during) mouthfuls, explain to your other half why you’re so late, why Jim, Bill and Pete are such idiots and how all other road users are complete maniacs. Ride still not on Strava.

1405: Keep obsessively checking your phone to see if the ride has uploaded while continuing to gorge yourself and performing a strange ambulatory striptease.

1410: Dump dirty kit in the vague vicinity of the washing machine and get in the shower. Check Strava before getting in and almost drop the phone down the toilet.

1420: Still in the shower, just standing there, slowing feeling your body returning to an operational temperature after either extreme chilling or overheating…

1430: Still in the shower, I’ll get out in a minute but it’s so pleasant…. I wonder if my ride has uploaded yet?

1440: Eventually get out of the shower and put on manky jogging bottoms and old fleece because you’re going nowhere and doing nothing for the rest of the day. Bloody ride still hasn’t uploaded, has Garmin been hacked again?

1441: Transfer to the sofa, having made a brief foray to the larder for cake, biscuits, crisps or other high reward foodstuffs. Switch on Eurosport, love a bit of biathlon, fall asleep in minutes.

1600: Get woken up by other half muttering something about putting up shelves, walking dog or similar. Don’t they realise that this is all part of my recovery routine? Why stand when you can sit and why sit when you can lay down? I’m a finely tuned athlete, this recovery is as important to my performance as the ride itself. Ride still not uploaded.

1601: Go and get some more cake, biscuits, crisps and, as the afternoon is getting on, maybe a beer. Ride still not uploaded.

1602 onwards: Eat, sleep and repeat until bedtime with a brief leaving of the sofa to eat a ridiculously large dinner – I did a big ride today, extra pudding, please. Ride finally uploads, Jim did a few extra kilometres and nicked your KOM, that’s the last time I wait for him, I’ll have that back next week on my own.