Looking for inspiration to take the plunge and sign-up for the LONDON-PARIS by Tour de France? Our LONDON-PARIS Stories speaks to real riders from past editions of this iconic event and discovers their unique journeys to the Champs-Élysées.

In this first London to Paris story we talk to Charlotte Hill who, when she signed up for the ride, didn’t even own a bike.

Why did you decide to do London to Paris?

I’d just become the chief executive of UK Youth and we were one of the charity partners of HotChillee. It was my first chief exec position and at 30 I was fairly young in that role. I just thought if we were asking people to raise money for us by doing the event then I should do it myself. I also thought it’d be a great opportunity to meet a lot of our corporate partners who were also putting teams in and, most of all, it seemed like an incredible challenge and I’d never done anything like it before.

Did you have a cycling background?

Not at all! When I entered I didn’t even own a bike and wasn’t a cyclist at all – I really had to start from scratch. 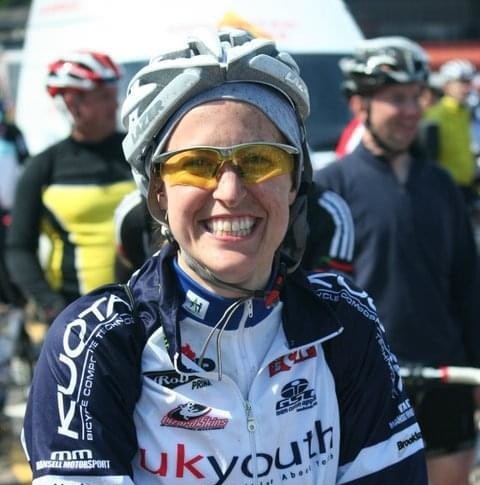 When did you start training?

I signed up in November but didn’t buy my bike and start knuckling down to training until the January. So, that gave me about six months to turn myself into some sort of cyclist. I remember turning up for my first HotChillee training ride on a freezing cold January day, I was still in trainers with flat pedals and just thinking what on earth have I done!

I faced an incredibly steep learning curve and it wasn’t just about building fitness. I had to learn how to clip in and out of my pedals, how to get my bottle in and out of its cage without veering all over the road and how to ride in a group – all of those things “real cyclists” take for granted.

I soon discovered though that there’s an amazing community around cycling, especially the HotChillee community, and, no matter what I needed to learn, there was always someone willing to take the time to teach me.

How did you build your fitness up?

I religiously attended the HotChillee training rides once a month and would also get out with a mix of people, mostly who I’d met on the HotChillee rides, on other weekends for a ride on the road.

During the week, because of my job, getting out to ride just wasn’t an option so I had a turbo set-up in my kitchen and would do two decent sessions on that each week. I’d also try to fit two spinning classes in as well.

When did you think it might be do-able for you?

A big confidence boost was that, a couple of weeks before the event, I met up with some people who’d done it before and we rode most of Stage 1 as a recce. We took it fairly leisurely, stopped for lunch and I might have had the odd push on some of the climbs but I made it.

Even having done this though I still remember being on the start line and having all sorts of doubts. I knew I’d done the training and could do one day but I had no idea how my body would cope with three days. Would I really struggle? Would I always be at the back being harassed by the broom wagon? In the end though I surprised myself and was stronger than I thought I’d be.

The monthly HotChillee rides were invaluable for working out where I’d place myself and I was sort of in-between Groups 4 and 5. I made the decision that I’d prefer to be riding near the front of Group 5 rather than battling to stay with Group 4 – this was definitely the right call. As a less experienced rider being able to stay up with the lead Ride Captain and be in my comfort zone physically was a massive boost to my morale and confidence.

Onto the event, what was the start and first day like?

I remember feeling slightly terrified and thinking that I’ve just got to do it now but I was buzzing with adrenaline, the atmosphere was incredible and there were so many excited and encouraging people all around me.

Although the weather wasn’t great, as the ride progressed I found my confidence growing and growing – I’d definitely picked the right group. I also found a bunch of riders and we all agreed to ride together. It wasn’t who I’d been expecting to ride with from the training rides but we all just sort of gravitated towards each other on the road. By the end of the stage, having already made lifelong friends and with a great forecast for the next couple of days, I really believed that I could do it.

And then you were riding in France

That was really special and the nervous energy from Stage 1 was gone, was replaced by just fun and enjoyment and everyone seemed to have got into their riding groove. I really loved Stages 2 and 3 and, despite my lowly cycling credentials, the level of support made me feel like a professional athlete. I’d never experienced anything like it and it made me feel so special. All I had to worry about was turning my pedals.

Was it just ride, eat, rest and repeat?

No, there was definitely plenty of fun and socialising in the evenings despite the long days and early starts. There were definitely some more accomplished and experienced riders who’d have quite a few drinks each evening and kept the party going as late as you wanted. I had a couple on the first night, maybe a few on the second and then, in Paris, it was obviously a big party.

It was amazing and what I really loved was, for the final run in to Paris, everyone was together. This gave me a chance to ride with all the riders representing my charity, the President of my charity and it was just a great leveller. No matter whether you were a Group 1 flyer or a novice like me, we all finished it together.

So, you’ve shown it’s do-able for a total cycling novice, what would be your advice for someone similar to yourself who’s thinking about it?

Don’t hesitate, sign up and commit would be the first thing. Then, if you can, do as many of the HotChillee training rides as possible. It’s on those rides that you’ll forge the bonds and friendships that’ll get you through the training and the event. You’ll learn all the skills and techniques you’ll need in a supportive atmosphere and find out how the ride is going to work.

Even if you can’t get out during the week, get on a turbo. I found this invaluable not only in terms of confidence that I’d done the training but also just feeling comfortable on my bike.

Park your ego and choose a group that you can ride strongly and comfortably in rather than struggling for three days to hang on. This was key for me and made the whole thing an enjoyable and magical experience. I’m not sure that would have been the case if I’d opted for the group above.

Finally, really throw yourself into the HotChillee experience, enjoy it and become part of the family. It’s so much more than training and then an event – you’ll make friends that’ll be with you for the rest of your life.

Let us have your info before and we’ll contact you as soon as entries for 2023 open.

NOTIFY ME WHEN 2023 Entry OPENS

LONDON-PARIS 2023 entry will open on 2 August 2022. Fill out the form below to be notified when entries are available.

Your priority access will start on Tuesday 26 July 2022. We’ll be in touch then, keep an eye on your emails, or the Hotchillee companion app. 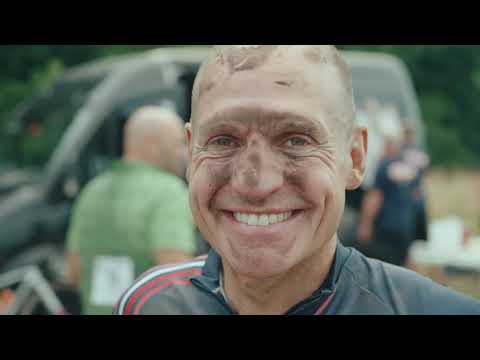