Joseph Dhafana – From Refugee to Winemaker.

Against the tough back drop of those economically and politically marginalised the conundrum exists of trying to create change and inspire people to be part in the change. And sometimes somebody comes along, who just lights it up.

Joseph Dhafana and his wife fled Zimbabwe 10 years ago to make a life in Cape Town, SA. Starting as a gardener, then barman and tasting his first glass of wine at age 29, enrolling at the Cape Wine Academy in 2013 and producing his own wine, Mosi Wines in 2014, with one ton of grapes that he purchased from savings.

Subsequently he has unearthed an inane blind tasting skill, become a professional taster and is head sommelier at the internationally acclaimed La Colombe restaurant.

We met Joseph last year via an Uber driver (kid you not) and with the support of the Buffalo Foundation in London and Hotchillee partner Rainmaker he will be showcasing his wines at the Rainmaker RollerCoaster launch at the exclusive private members wine club, 67 Pall Mall, on the 13 February, alongside industry heavyweight Hein Koegelenberg, CEO of La Motte.

With Josephs hard work, talent and success starting to pay dividends he is now also putting back into the communities that have helped him on his journey and is a beacon of hope for the those marginalised communities who need inspiration. 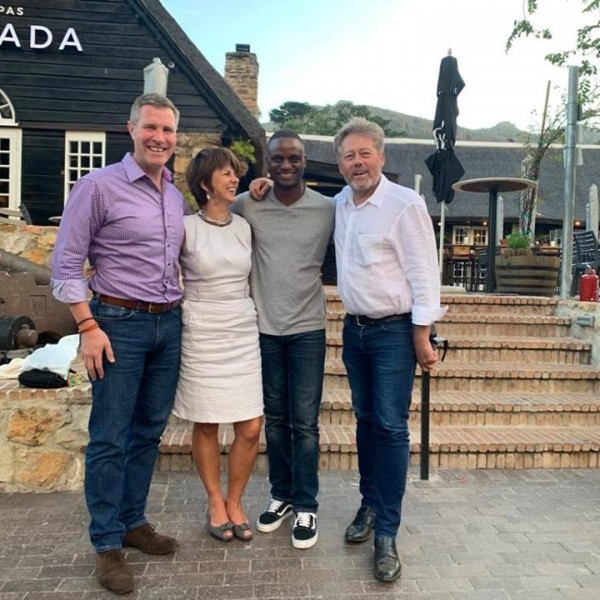