If you follow us on social media, you won’t have been able to miss the fact that this week, Hotchillee Ride Captain “The Bull” embarked on an epic challenge to ride the Col du Tourmalet on a 16kg, single speed Qhubeka bike! Well, we always knew he’d do it…and fast!

Even with over 16 minutes stopping time for mechanical adjustments his total time was an insane 2:03:25.

The closest guess came from Mel Scrivin, who guessed 2:01:00 on Twitter, meaning Mel is winner of the Team Dimension Data for Qhubeka jersey, signed by the 2018 Tour de France squad! Congratulations Mel!

As part of the fundraising effort on this month’s Hotchillee Pyrenees, Ride Captain Bull climbed the inconic Col du Tourmalet, the highest paved mountain pass in the French Pyrenees, on a 16kg, single speed Qhubeka bike!

The Col du Tourmalet, and it’s Giant will be familiar to many of you, as it is the most used mountain pass of the Tour de France with last year’s stage 20 finish being it’s 86th appearance since 1910.

With an average gradient of 7.4% for 19 km, maxing out at an eyewatering 13% in some places, it certainly wasn’t easy, but we were with him every step of the way, ringing our Qhubeka cow bells; a sound that anyone who has ventured into the Pyrenees will be familiar with. There’s still plenty of time to donate and help us beat our 100 bike target by even more!

We’re excited to announce that we’ve joined forces with Qhubeka and the Buffalo Foundation, with the aim to fundraise 500 Qhubeka bikes across our multi-day events in 2019.

We kicked off our fundraising attempt in spectacular fashion on the Hotchillee Cape Rouleur earlier this year, with riders donating an incredible 200 bicycles, and we’re hoping to raise another 100 on the Hotchillee Pyrenees.

The bikes will be distributed at a community ceremony in Kwanokuthula on the last day of the Rainmaker RollerCoaster 2019, our 7-day gravel adventure race from Swellendam to Plettenberg Bay, South Africa.

To find out more about the work that Qhubeka do in South Africa, click here. 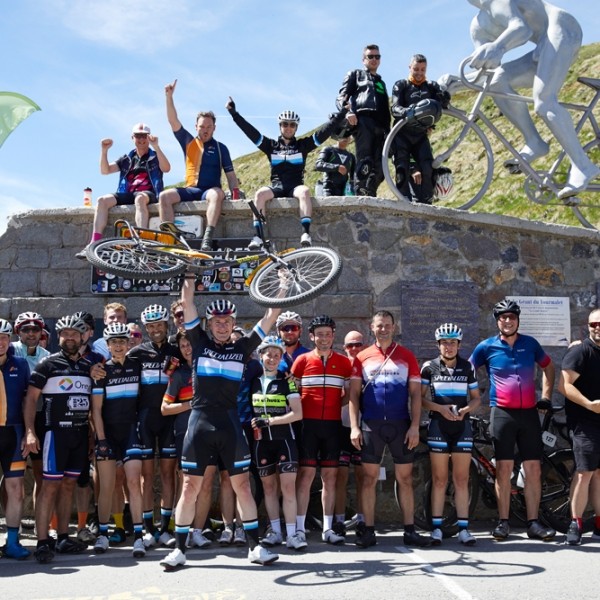