Hotchillee gravel is coming home with the Ekoi Stone Circle

For 2023, Hotchillee is bringing gravel home with a super challenging single-day mass-participation event in southern England that’s certain to become a mainstay on the UK gravel calendar – the Ekoi Stone Circle

We’re really proud at Hotchillee of our gravel track (or should that be trail?) record and arguably we were doing gravel before it even became a “thing”.

We pioneered the Rainmaker Rollercoaster – an epic 7-day gravel stage race across South Africa’s Western Cape, a first of its kind and run in 2018 and 2019. Hotchillee’s “groadies” have also tackled the trails, river crossings and passes of Morocco’s Atlas Mountains on three occasions.

In 2022, we launched a unique gravel option of its iconic LONDON-PARIS event and, as well as regular UK gravel rides, also added gravel trips to Catalonia and the Swiss Alps to their calendar.

In 2023, in addition to our Girona-Rendezvous, LONDON-PARIS gravel and Suisse Gravel Explorer, we’re putting all of our gravel passion, know-how and experience towards delivering what we’re confident will be a UK one-day gravel classic – the Ekoi Stone Circle. 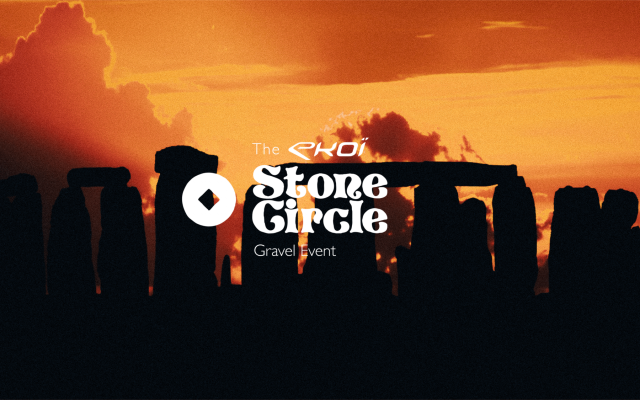 How far is it?
The full distance event, starting and finishing on the edge of Salisbury at the ancient settlement of Old Sarum, is 215km. There’s also a 135km alternative.

What’s the route like?
It’s incredibly varied and, barring a 25km linking section on quiet country lanes, all off-road.

You’ll ride past Stonehenge in the early morning light, fly over the the fast rolling gravel of the Imber range, sweep through woodland singletrack in Longleat Forest and tackle challenge chalk upland climbs. It’s a big day but you definitely won’t get bored!

When is it?
We’ve chosen the Summer Solstice on the 24th June to give you as much daylight as possible to complete the challenge and, given you’ll be riding in the footsteps of the druids and past Stonehenge, it’s only fitting that you’ll be racing the Solstice sun.

Why should I ride it?
It’s undoubtably going to be a fantastic and magical day on the bike and you’ll have the bragging rights of having ridden the first one.

Completing it would be an immense achievement for any rider and, if you’re planning on joining us for any of our other gravel events later in the year, it’s a perfect test of both bike and body.

We’re expecting a decent number of the Hotchillee Ride Captains to be signing up and, although they won’t be officially leading groups, they’re always happy to offer a wheel to follow, some encouraging banter and, of course, you could get some serious kudos by beating them back to Old Sarum!

What bike should I ride?
The route covers a wide variety of terrain including fast rolling gravel, woodland singletrack, field-side bridleways, disused railway tracks and road, so the sheer versatility  of a dedicated gravel bike running 38mm + tyres would be our recommendation.

However a lightweight hardtail MTB with fast rolling tyres would also be suitable.

How should I train?
Keep an eye on our Rides and Activities calendar for both virtual and IRL rides.

Over the next couple of months there will be structured workout sessions on both Zwift and RGT as part of our Spring Sizzler Training Plan and, as we head into the spring, our monthly rides, including a gravel option, will start up again.

You can also get additional training support and advice from our in-house expert by signing up for the Hotchillee App.

How do I sign-up?
Simply click on the button below and we’ll see you for an early start at Old Sarum on the 24th June.