Support your Ride Captain on a 500km Epic Ride

He’ll be riding to raise funds for the official charity partner of LONDON-PARIS by Tour de France, the Little Princess Trust – apt as his one ride happens to mirror the distance that the London to Paris riders will be covering over three days.

The Little Princess Trust provide real hair wigs, free of charge, to children and young people who have lost their own hair through cancer treatment and other conditions. Since 2006, they’ve provided more than 12,000 wigs and have given grants totalling more than £17 million towards research projects focussed on finding more effective treatments for childhood cancers.

We caught up with Vakis to find out a bit more about his epic ride. 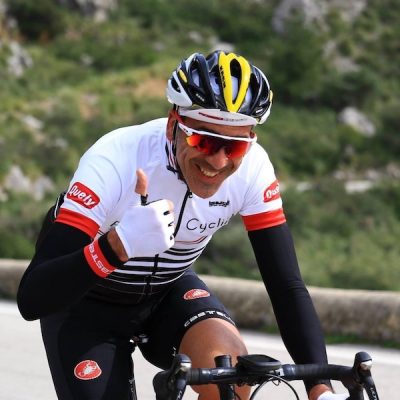 Why are you doing this and have you done anything like it before?

During the first lockdown, I found myself riding longer and longer routes with a couple of friends on furlough. 100km rides soon became 200km rides, then 300km – which got me thinking….

Droidy, fellow Hotchillee Ride Captain, wanted to do an Everesting, and me being up for anything, agreed to do it with him. This was in 2020 on the 3rd hottest day ever recorded in the UK. It started well, during the night, but the heat was almost unbearable, but we did it, and to this day I think it was the hardest thing I’ve ever done – 76 ascents of Box Hill, 9,000 meters elevation and almost 400km.

The following year, Droidy talked me into a 500km ride (to mark his COVID 500th ride), and along with another friend Tony we did it.

You can read about that ride here.

I really enjoyed it, especially the night ride part of it, so much I wanted to do it again, but no one wanted to do it with me! So, I decided I would do it solo, non-stop

What route are you taking?

The route starts out at Epsom Downs racecourse and heads west in the hope that I catch a prevailing westerly on the way back. I pass through Woking, Winchester, Salisbury, heading west and then turn south just before Yeovil to Dorchester.

From Dorchester I start heading west past Bournemouth, take in a bit of the New Forest, then Southampton, Portsmouth, all the way to Lancing where I head north picking one of our regular routes back home for a total of 508km/4000m.

I will broadcast my location so people can join me on any part of the route should they wish but I won’t allow myself to draft, that’s my rule to keep it a solo effort.

Most of all though, if they can go to my Just Giving page and support the ride that way that would be amazing.