All Aboard the Gain Train! – Ride Report from Nikalas Cook

“The ability to create the illusion of power, to use mirrors and blue smoke, is one found in unusual people.”
Jimmy Breslin

Despite a scorching evening, nine carriages were sat keen, ready and waiting in the sidings for a 40km blast around the Greater London Loop. This included a couple of first time attendees, Greg Davidson and, particularly vocal pre-ride, David Kirkby.

We’d set ourselves an overly ambitious task of trying to close down a 17-minute gap to the Buffet Car and 12 minutes to 2nd Class and, with an early power drop-out for David Kirkby, it took us 5km to get rotating smoothly. Had the Engine known what was revealed at the finish, it might not have stalled the carriages and gone back to pace David Kirkby back on!

Once rolling, the train covered the km’s fast, averaging well over 40kph. Recent upgraders from 2nd Class Darren Nourse and Andy Murtagh put in some big pulls and regulars, David Wright and John Whitney were always at or near the front, putting in solid stints into the wind. David Kirkby was loitering at the back, claiming not to have recovered from his chase back on to pull but, in hindsight, didn’t really sound out of breath.

Jack Kirkby was again plagued by tech issues and, a power drop-out, meant another slight stalling and chase back on – Wayde Finch and a seemingly newly arisen David Kirkby providing gratefully received assistance to the Engine. 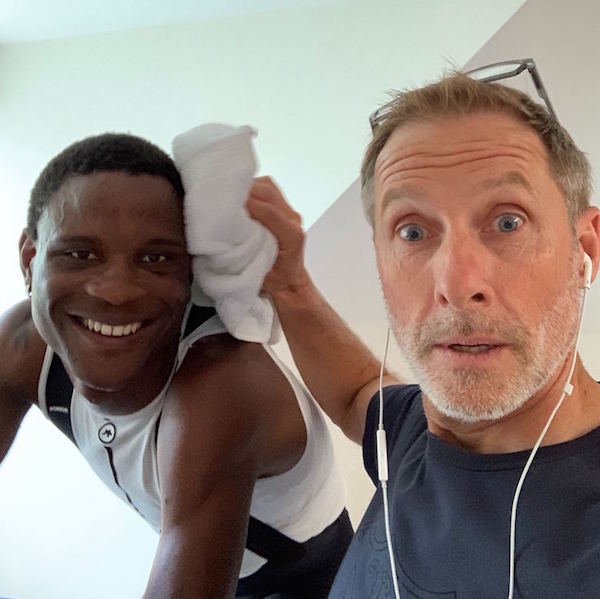 Just after he’d got back on, Jack Kirkby had another drop-out and this time told us to roll on. Giving us some valuable beta on the other trains, it looked extremely unlikely that a catch would be made and, when he slotted in as an extra Engine for 2nd Class, they were always going to stay away.

With Sven Thiele already practicing his whisky tasting for tomorrow and Paul Foley basking in the glory of a stellar 2nd Class Ride, we still had 5km to cover. The train was holding together well and we’d picked Jack Kirkby back up for the final run in – things then got a bit weird…

David Kirkby got on the front, stayed there and the w/kg rose steadily each kilometre – 4.5 went to 5, then 5.5 and, with a couple of km to go, it was up to 6 w/kg. There were mutterings of weight doping amidst the gasping and heavy breathing and unsurprisingly a few carriages were shed as we hit warp speed into the final km.

Ego got the better of the engine and I latched onto David Kirkby rear wheel, a few 8.5 w/kg bursts stung a bit but, as the meters counted down, still under the delusion was up against a supercharged David Kirkby, I reckoned, as it’s my strength in Zwift racing, I could have the sprint. With 300m to go, I kicked, hitting 14 w/kg, and although I got a bit of a gap, I was forced to drive all the way to the line…. lockdown had obviously really suited David Kirkby!

Wayde Finch, John Whitney, Jack Kirkby and Rachel Przybylski all finished within 10 seconds, very impressive given the pace of the final few km’s.

It was then that David Kirkby revealed his own personal “Engine” a certain Nicholas Dlamini … chapeau! 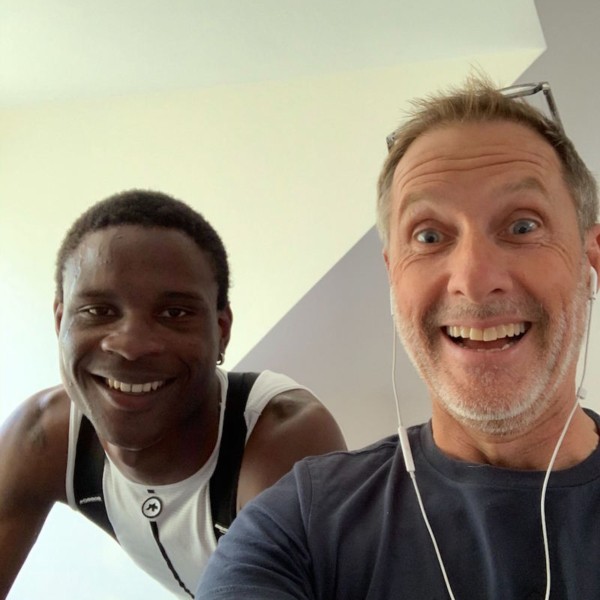