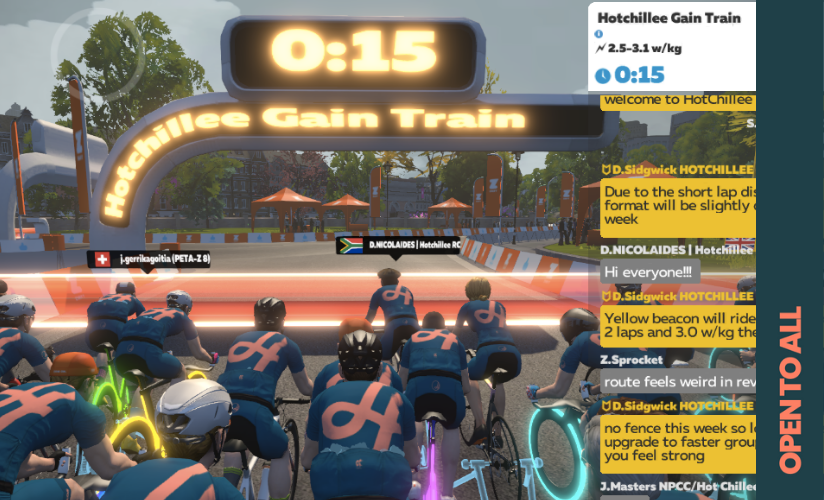 It’s a Watopia week as we rip round three laps of Tick-Tock (52.9km/166m). Tick Tock” is a clockwise loop covering Fuego Flats and portions of the Ocean Boulevard tube. Released as part of Zwift’s Fuego Flats desert expansion, this route is flatter than Watopia Flat or Volcano Flat, with the only pitchy bits being in and out of Fuego Flats, and in and out of the ocean tunnel.

Groups and paces are:

To join, simply go to Thursday on the Companion App Calendar or click on the link below

Always better be on Discord so you can talk to your engines and fellow carriages.  Download discord here.